We’ve chosen a book everyone in the family can enjoy, “Where the Mountain Meets the Moon” (recommended to elementary ages to adults). Read the book with your family and complete activities! You will even get a chance to meet the author, Grace Lin, in a virtual gathering on July 23rd at 6:30pm (we recommend completing the book before the meeting). All participants will receive a FREE copy of the book and postcards in the mail with activities and discussion questions to guide you as you progress through the book.

Questions? Feel free to reach us at registration@mympls.org 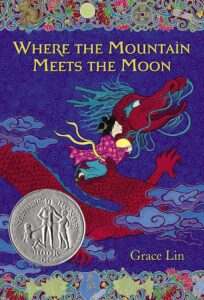 In the valley of Fruitless mountain, a young girl named Minli lives in a ramshackle hut with her parents. In the evenings, her father regales her with old folktales of the Jade Dragon and the Old Man of the Moon, who knows the answers to all of life’s questions. Inspired by these stories, Minli sets off on an extraordinary journey to find the Old Man of the Moon to ask him how she can change her family’s fortune. She encounters an assorted cast of characters and magical creatures along the way, including a dragon who accompanies her on her quest for the ultimate answer.

This is a wonderous novel with an epic journey and memorable characters in the tradition of The Wizard of Oz. From the beautiful design and the breathtaking full-color illustrations throughout, to the gentle humor and touching prose, this book is truly a gem. 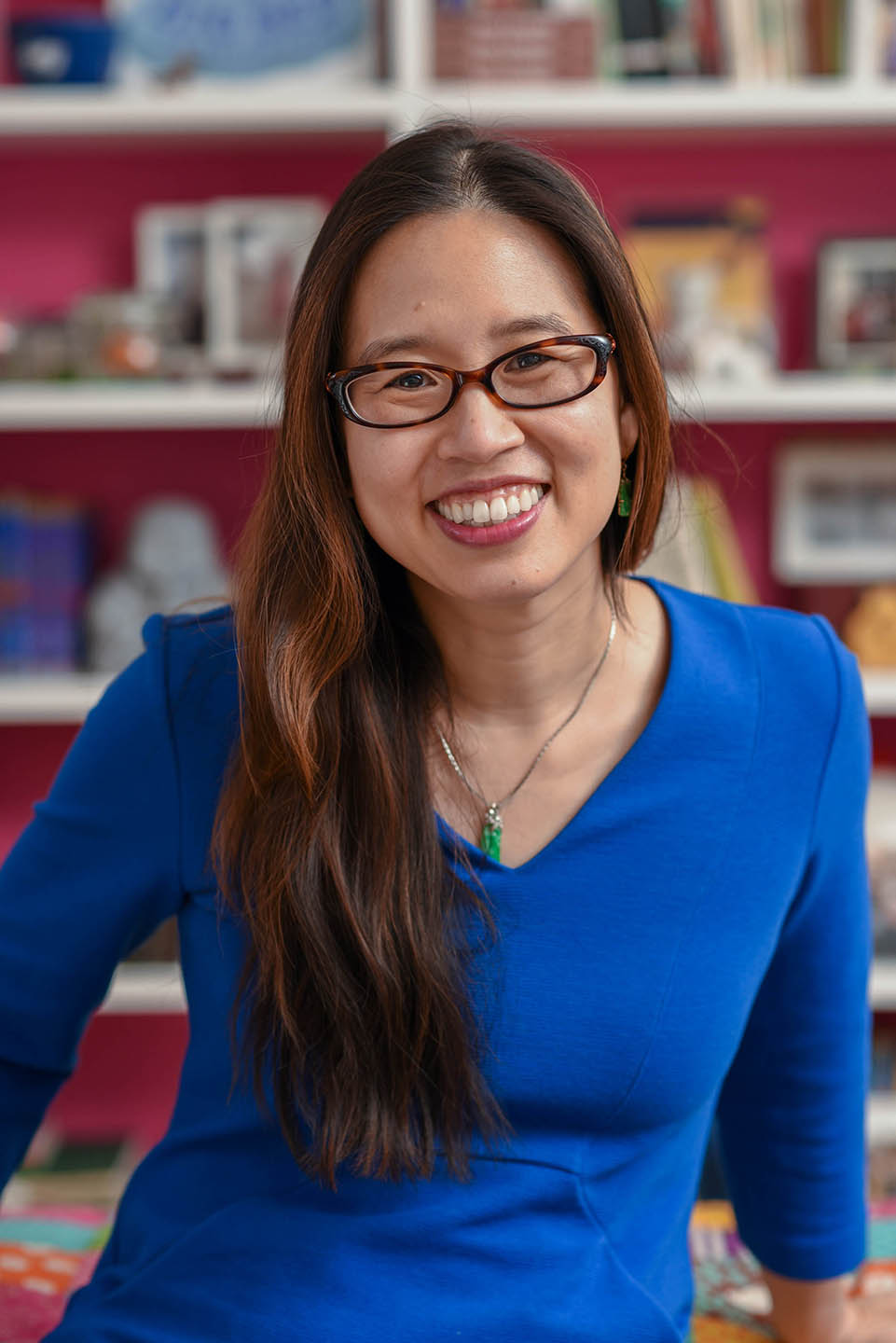 Meet Grace Lin, author of “Where the Mountain Meets the Moon” on July 23rd in a special virtual gathering.

Grace Lin grew up in Upstate New York with her parents and two sisters. While the other sisters became scientists, Grace became an artist. Surprisingly enough, being an artist was not Grace’s first choice. She first dreamed of being a champion ice skater, and drew many pictures of herself twirling and dancing on the ice. Unfortunately, Grace had neither the talent nor coordination to make it to skating stardom. However, the pictures she drew of herself held much promise and quickly became Grace’s career focus.

After attending the Rhode Island School of Design, Grace quickly set out to achieve her dream of creating children’s books. Her first book, THE UGLY VEGETABLES, was published in 1999 and was quickly heralded. As well as being an American Booksellers Association’s “Pick of the List” and a Bank’s Street College Best Books of the Year, THE UGLY VEGETABLES was nominated for the California Young Reader Children’s Choice Award and named a Growing Good Kids Book Award CLASSIC.

Grace followed that success with the publication of over a dozen more books, including DIM SUM FOR EVERYONE! and LISSY’S FRIENDS. Grace’s first children’s novel, THE YEAR OF THE DOG was released to glowing praise in 2006 and nominated to the TX Bluebonnet list, which she followed with THE YEAR OF THE RAT. Her novel WHERE THE MOUNTAIN MEETS THE MOON was awarded the 2010 Newbery Honor, chosen for Al Roker’s Today Show Kid’s Book Club and was a NY Times Bestseller. Grace’s early reader LING & TING was awarded with the Theodor Geisel Honor in 2011 and her picture book A BOOK MOONCAKE FOR LITTLE STAR was awarded the 2019 Caldecott Honor.

As well as occasionally reviewing for the NYTimes, Grace has became an advocate for diversity. She is a commentator for New England Public Radio and created the video essay, “What to do when you realize classic books from your childhood are racist?” for PBSNewHour. Grace also delivered the popular TEDx talk, “The Windows and Mirrors of Your Child’s Bookshelf.” Grace continued to voice her opinions on the podcast: kidlitwomen* and currently hosts two podcasts: Book Friends Forever and Kids Ask Authors. She truly believes, “Books erase bias, they make the uncommon everyday, and the mundane exotic. A book makes all cultures universal.”

To that end, when the cover illustration for her novel WHEN THE SEA TURNED TO SILVER (a 2016 National Book Award Finalist) was displayed at the White House, Grace, herself, was recognized as a Champion of Change for Asian American and Pacific Islander Art and Storytelling. In 2022, the American Library Association awarded Grace the Children’s Literature Legacy Award, the award that honors an author or illustrator whose books, published in the United States, have made, over a period of years, a substantial and lasting contribution to literature for children through books that demonstrate integrity and respect for all children’s lives and experiences.

The Big Family Book Club is supported by the Shelley A. Marshall Foundation Fund at YCF.