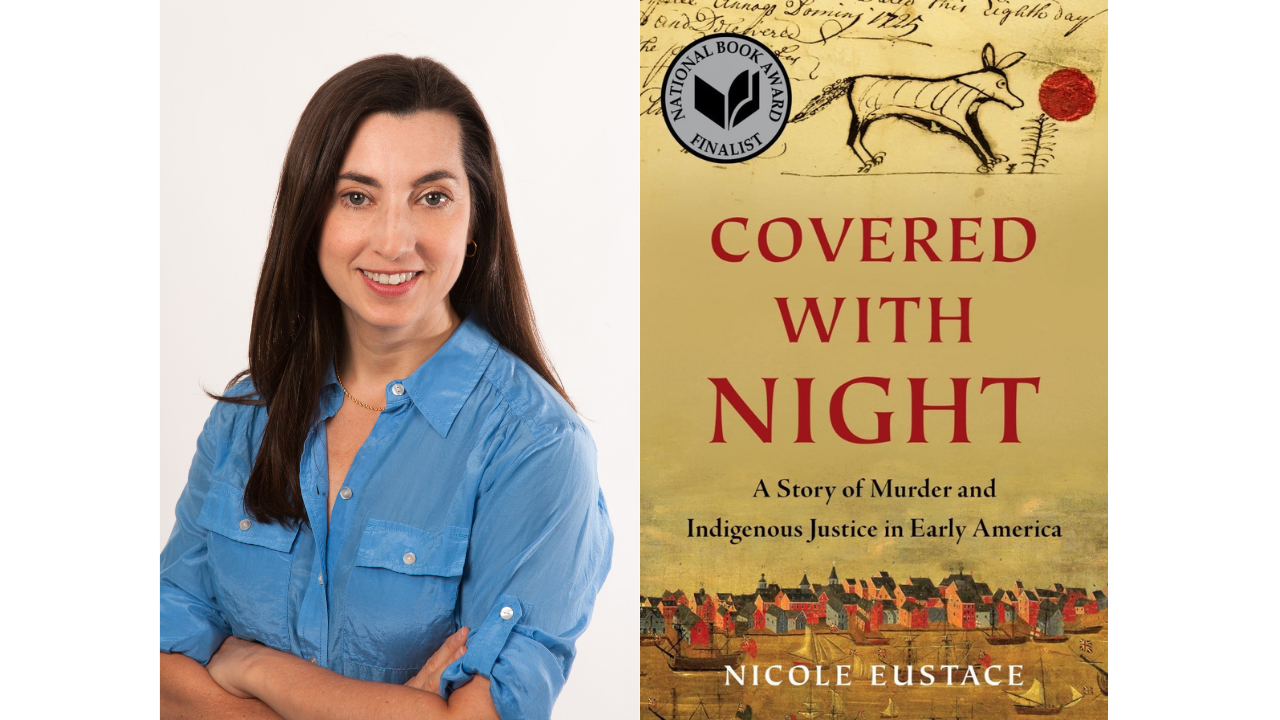 You’re invited to explore early-American history during an online afternoon conversation with Pulitzer Prize winning historian Nicole Eustace as she discusses her 2022 award winning book Covered With Night: A Story of Murder and Indigenous Justice in Early America.

On the eve of a major treaty conference between Iroquois leaders and European colonists in the distant summer of 1722, two white fur traders attacked an Indigenous hunter and left him for dead near Conestoga, Pennsylvania. Though virtually forgotten today, this act of brutality set into motion a remarkable series of criminal investigations and cross-cultural negotiations that challenged the definition of justice in early America. In Covered with Night, Dr. Eustace reconstructs the crime and its aftermath, bringing us into the overlapping worlds of white colonists and Indigenous peoples in this formative period.

Register for this author talk here.